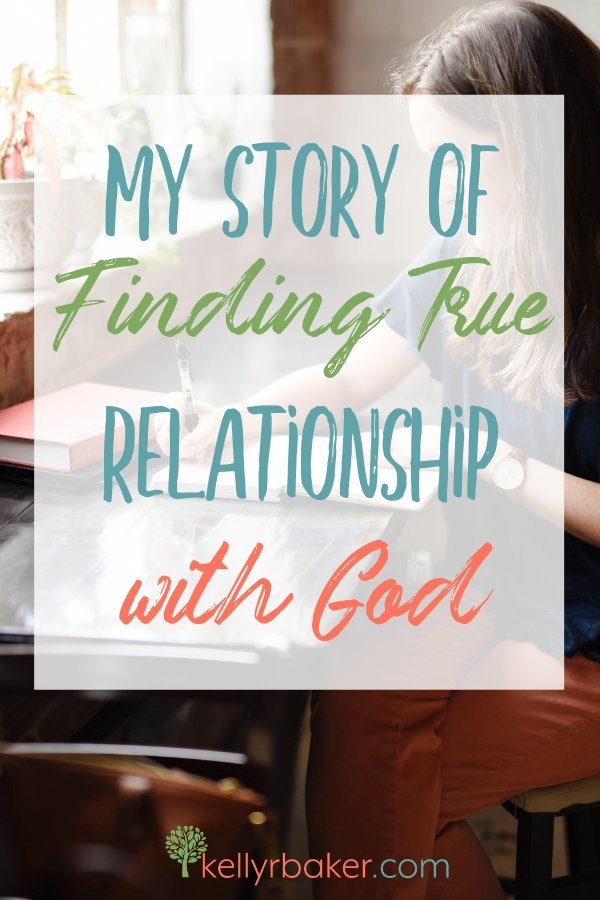 This is my story of finding true relationship with God. To me, God was a “God of rules,” and we definitely didn’t have a relationship before I understood His love for me. It was kind of shocking how it all happened…

He was “my God” because He was my parents’ God; It was by default. My view of God was all about the God who would send me to hell if I didn’t do right.

I grew up in the church since my dad has been a minister since before I was born but carried a rebellious nature with me.

If I hadn’t been born to a dad who preached fiery repentance from the pulpit every Sunday—my life would have been a different story. I wanted to do what I wanted but was never allowed. Not with my parents. Not with God. I became angry with them both.

Looking for a Relationship Elsewhere

I was a “good” kid growing up as far as spiritual appearances go. However, God looks not on the outward appearance, but on the heart. He looked at my heart, and found it given away to everyone but Him. I tried to find love and fulfillment through relationships with guys, but as soon as I knew a heart was hooked I moved on as if in a feeding frenzy.

Although at age 18 God confirmed seven times that Justin was the one He had chosen for me, I was focused on his faults and decided I didn’t want to marry him. In short, I ditched him to wait for my ideal man: perfect with no faults. I had just thrown away part of God’s confirmed destiny for my life. Now what?

I still followed God in my own way but wasn’t headed for my destiny in Him. The enemy continually lied that my parents and God rejected me.

I reached 21 and tried to make a decision for myself. Being mad at God due to the misplaced view I had of Him, I stood outside my workplace one day and prayed a prayer I’ll never forget.

Almost the next moment, an unfamiliar feeling arrived in my heart. An unrest had taken over my spirit. I tried to shake it, but it wouldn’t go away. It was worse than the conviction of the Holy Spirit. It was worse than the devil’s torment that God was going to make me do what He wanted instead of what I wanted. 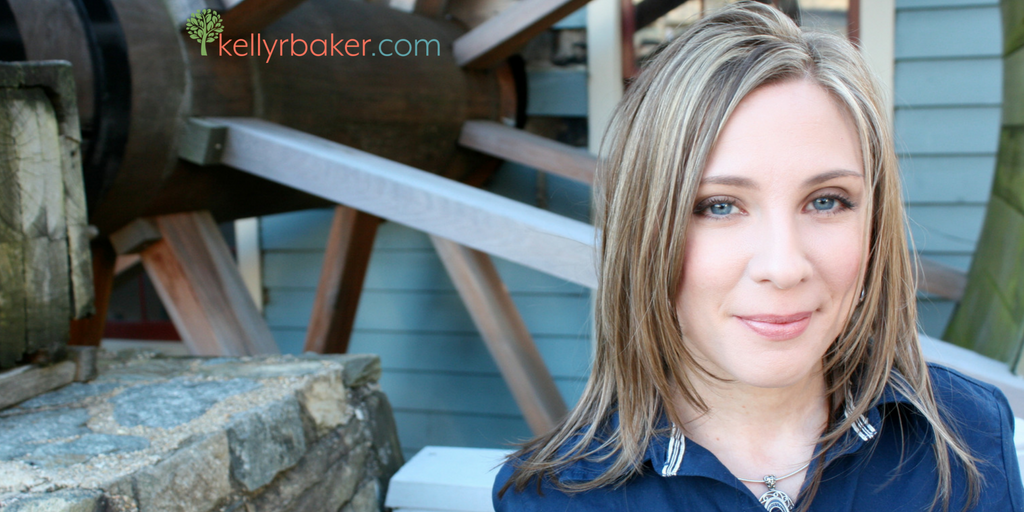 I went on with life, making wrong choices, and getting into a relationship with a man of the world. The feeling increased.

I got off of work at midnight one night, and started driving home. The road took me up a hill that I couldn’t see over. At the top I was suddenly face to face with headlights. The car stopped mere inches from crashing into mine. I had walked out from under God’s protection, but I had a praying mother that kept me alive; she was on her second 40-days of targeted daily prayer and intermittent fasting for me.

At that point, I knew what the feeling was. I had opened the door to a lot of demons, and I felt their evil presence.

I was terrified, but I not only didn’t know how to fix my life, I wouldn’t.

I knew God was real since I felt Him draw my heart to His at a service at the tender age of five. All I knew to do was to tell God I was sorry, and ask Jesus into my heart all over again so I wouldn’t go to hell. Yet, the 10,000 times I had done that my whole life hadn’t gotten me off the hamster wheel.

A few weeks later, my mom asked to talk to me. I thought I was going to get a lecture, but agreed because her gentle demeanor intrigued me. A book had caught her eye while she was in the library, and she came to read it to me. I was an adult; it was a children’s book. She knew it seemed silly, but she pleaded softly to let her read it to me.

My heart reached a revelation that afternoon. God wouldn’t force me to love Him. He would still love me if I rejected Him. For the first time, I understood selfless love. It was the most gentle healing I have ever experienced.

My mother’s praying and fasting enabled my deliverance to take place. That night I got out of the relationship. The following Sunday I gave my life back to God, but for the first time I yielded my whole heart to Him. At the altar that day, my dad was quietly dismissing the demons that had taken residence in my life. I quickly noticed I had peace again. 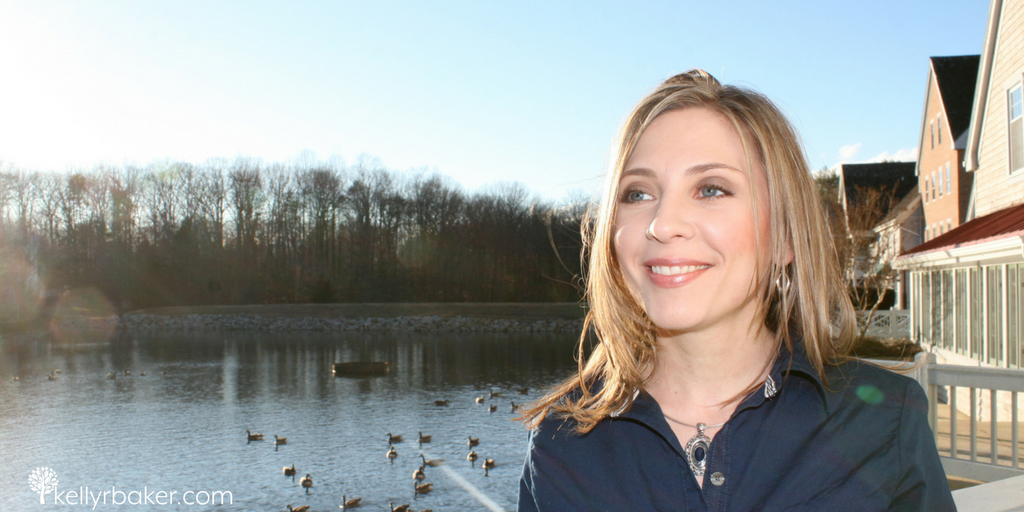 In the weeks that followed, I discovered that God wanted a relationship with me, not a rule-keeping ritual. I learned how to be loved by Him because my view had lined up to what was true.

Soon after, I discovered that Love satisfies. It still does.

God wouldn’t force me to love Him. He would still love me if I rejected Him. For the first time, I understood selfless love. Click to Tweet

Looking to find true relationship with God? Read This If You Feel Meaningless to God. 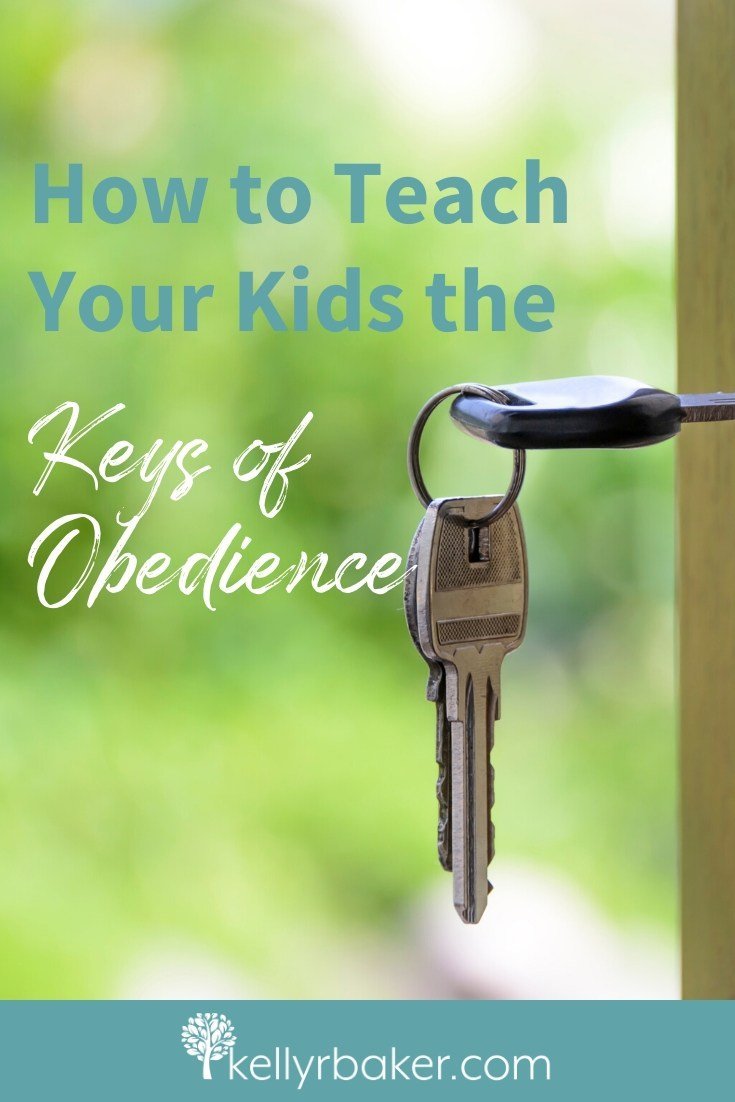 The standard of obedience we have in our home is this: We teach our kids to obey us so they will learn to obey God. That brings obedience to a whole new level of importance. In my search on parenting, or rather “training my kids in the way they should go” (Proverbs 22:6), I found… 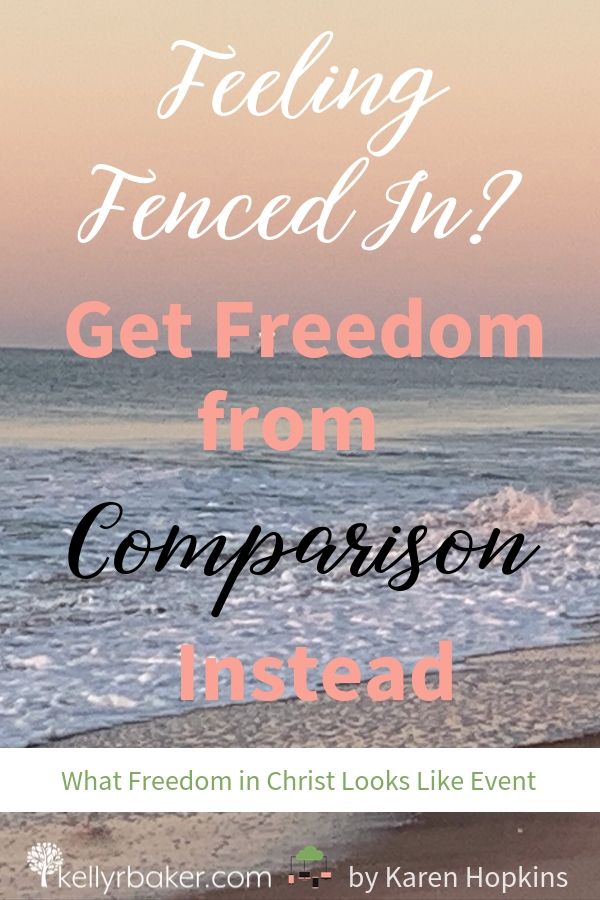 Learn how to find freedom from comparison by taking lessons from Psalms chapter four. Karen Hopkins shows us how in Day 10 in the What Freedom in Christ Looks Like Online Event by the Blogger Voices Network, hosted right here at KellyRBaker.com. Karen Hopkins is a mum to three. She grew up in Scotland and… 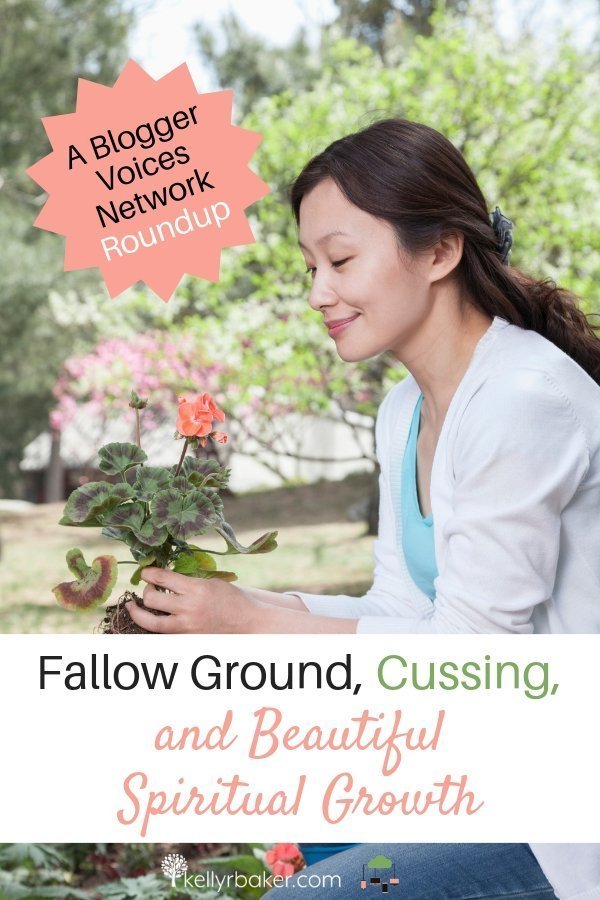 Sometimes it’s easier to open my heart to God when I’m at church. But what about after that? What about the rest of the days of the week? If I open up my heart to God only at a worship service and nothing else, my heart becomes fallow. Fallow means inactive or barren. Sow for… 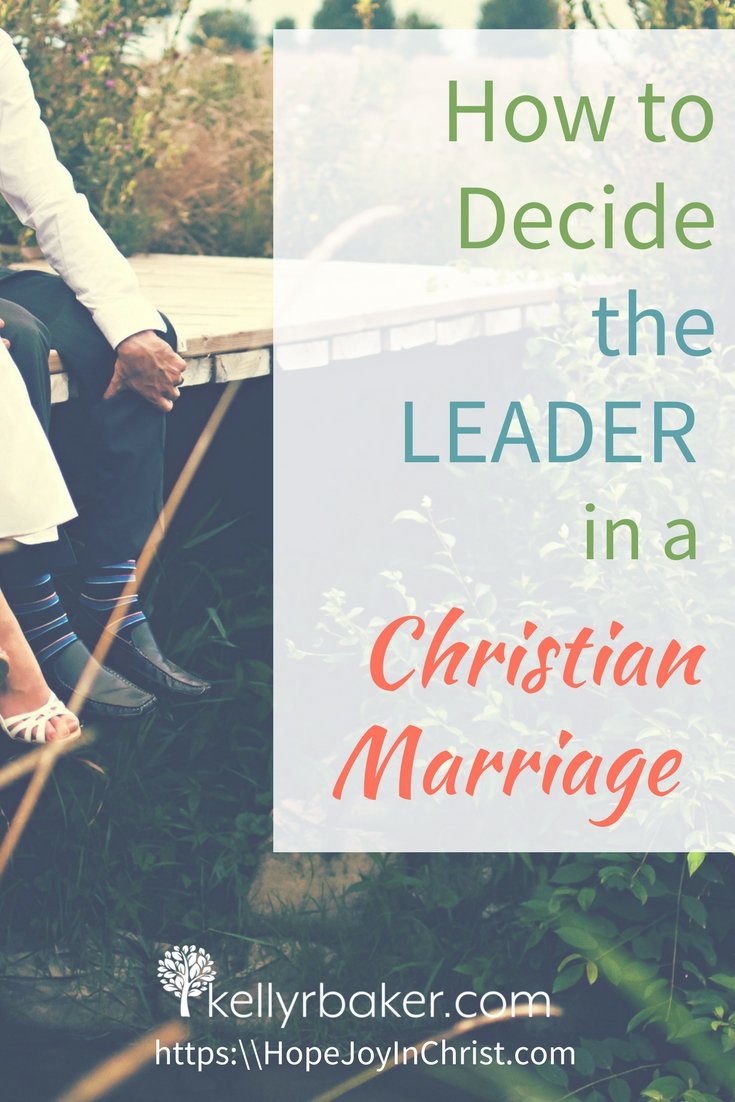 Do you ever wonder who the leader needs to be in a Christian marriage? I’m delighted to have Tiffany Montgomery join us today and share some solid biblical truths with us! Don’t forget to check out her marriage course at the end!  The noise level in the house -as I walked in from running an… 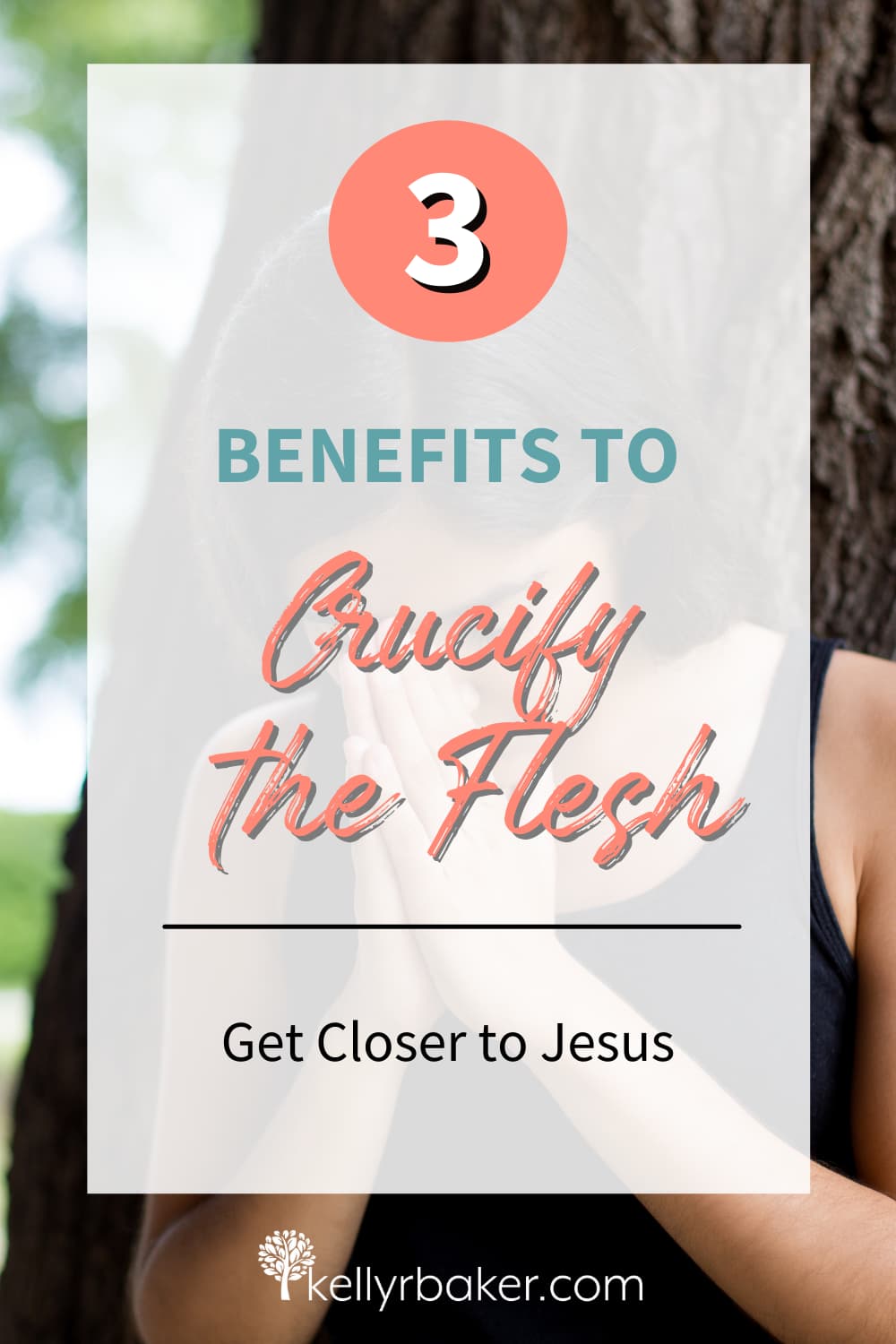 Discover three benefits to crucify the flesh. Mama always told me that you can’t cast out the flesh; it needs to be crucified. Here’s why. When we think about crucifying fleshly desires we often cringe. But have you ever prayed to be closer to God? I have. What we probably mean by that is desiring… 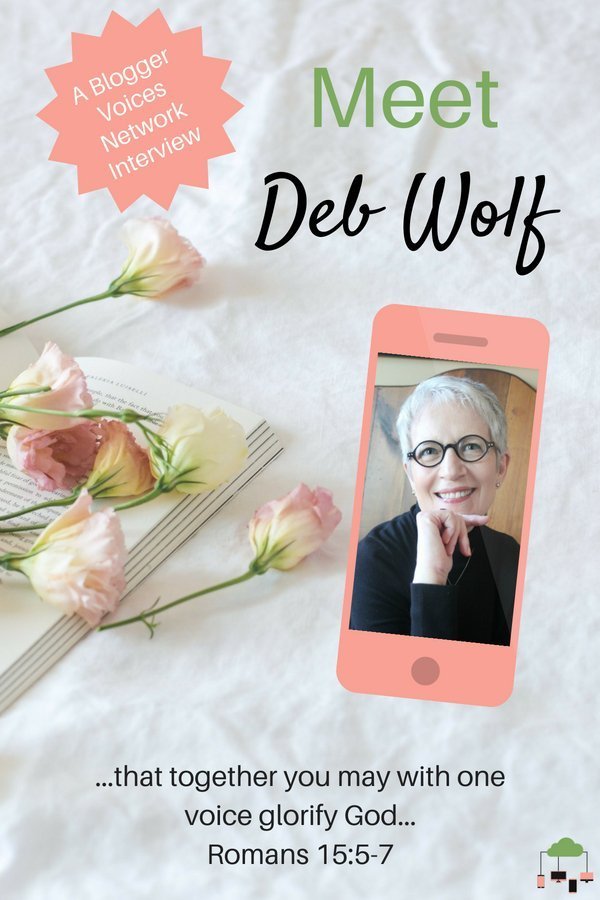 We’re thrilled to share this interview with you! Blogger Voices Network Member Deb Wolf is a veteran blogger with a unique start. Read on, be encouraged, and don’t forget to linkup your posts at the end! Meet Deb Wolf Please start by telling us a little about yourself. Hi, I’m Deb – a first-born people…