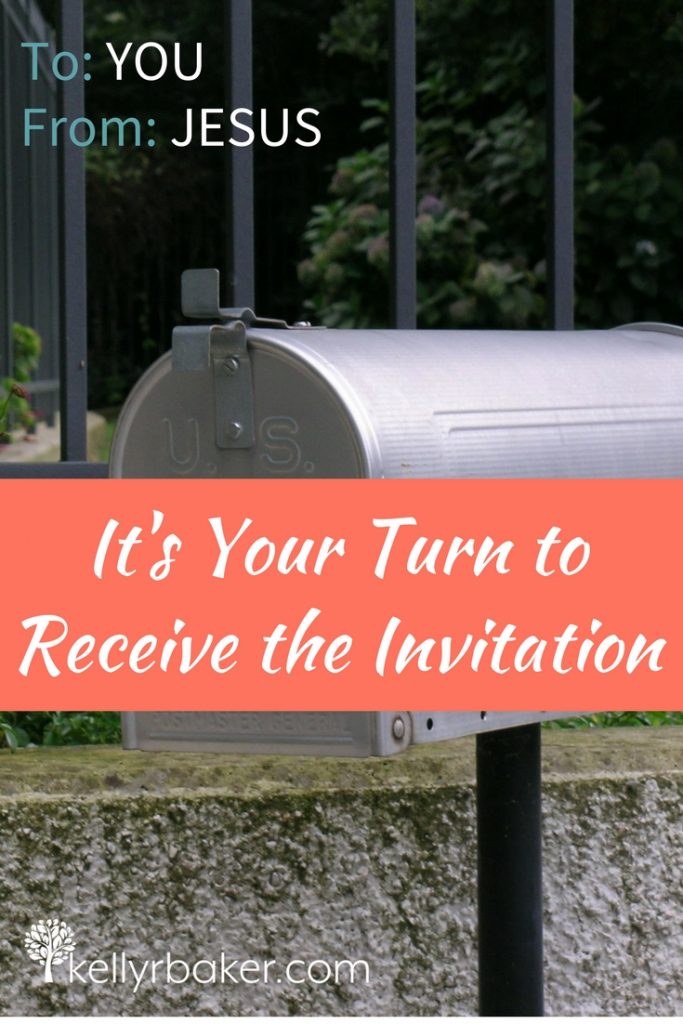 Can you imagine what walking in Simon Peter’s sandals would have been like when Jesus said, “Follow Me”?

I used to joke that the reason Jesus asked men instead of women was because a woman would have sputtered, “What? No bag??” 😉

Truly, though, my heart does a wild flip on the inside when I think, What if it had been me?

While walking by the Sea of Galilee, he saw two brothers, Simon (who is called Peter) and Andrew his brother, casting a net into the sea, for they were fishermen. And he said to them, “Follow me, and I will make you fishers of men.” Immediately they left their nets and followed him. Matthew 4:18-20 ESV

Those walking the streets of Galilee were already looking for a Messiah. They had heard the prophets and the scrolls of the law in their ears for a lifetime. They were expectant, and probably weary of the wait as they did life day-in and day-out.

And one day, Jesus parted his lips and out came the most astonishing invitation that anyone could receive:

Simon Peter, Andrew, James, John and eight other disciples had the privilege of being a part of Jesus’ inner circle, opening up the possibility of asking Him questions and gleaning His wisdom at any time. They had the advantage of increasing in spiritual maturity under the influence of the Mentor of Mentors.

As I was thinking about this, it hits me:

Jesus is speaking the same invitation to me. Right now. Today. And everyday.

And I wonder, Am I expectant? Do I realize that He is right now drawing me to Himself?

My heart beats fast as the reality of that sinks in: Jesus wants me to come hang out with Him so I can learn what it is to be His disciple!

I sit stupefied, held up only by the realization that more is to come from His desire to be with me. He wants to be with me now and for each day that is to come.

I have the same advantage of growing spiritually with the shaping of His direction. I hold the same privilege to know His will.

My heart responds with a resounding yes to His summons! 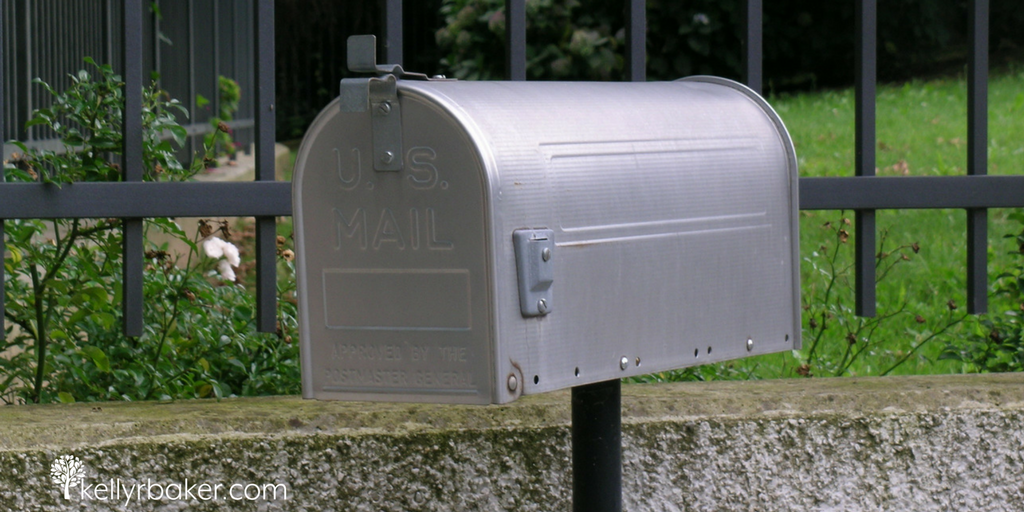 When you go about your day, you might hear “Follow Me” in your heart. He is drawing you to His side to make you a disciple of His.

Your life, the tasks you need to complete, and all that entails represents the nets you are holding. I pray you will leave your nets, and come immediately to be with Him.

He wants you to know Him well. And He has a purpose for your life.

Make a daily appointment to seek Him without distractions. If you’ve ever set your alarm clock for early in the morning, you might have hit the snooze button a few times. Maybe you’ve tried to set aside a specific time to talk and listen to God, but the “snooze button” just happened so much that the time passed without making your appointment. That’s ok! Simply change the meeting with Him to a different time later in the day. Make it specific, though.

Then tomorrow, set up another appointment. Keep making appointments and adjusting them until you have built the habit of a regular time to seek God. You show up; He’ll take care of the rest.

It’s your turn to receive the invitation. How will you respond? 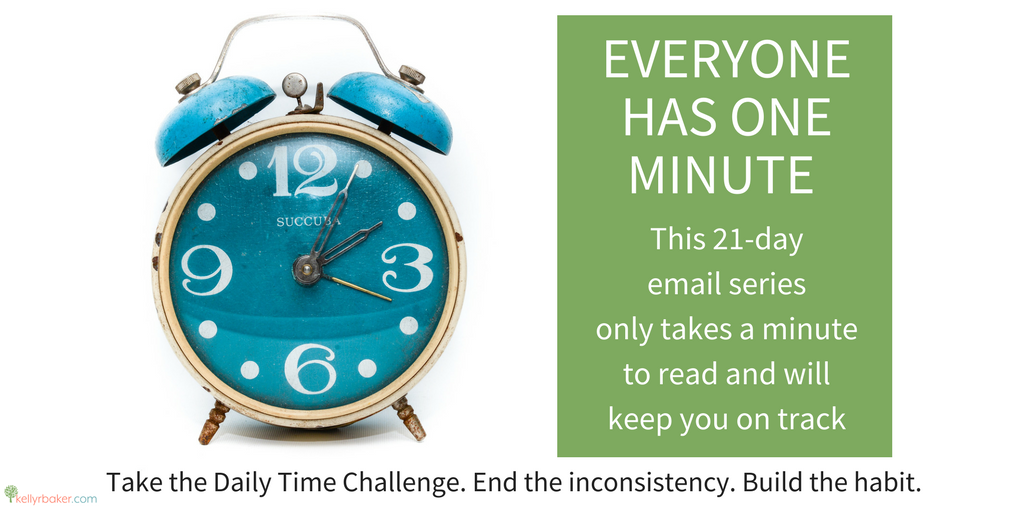 Would you like a jumpstart on getting to know Jesus better? If so, I created the Daily Time Challenge just for you. Click the image above for details.

Do you know someone who would be encouraged by this post? Use the icons below to share it! 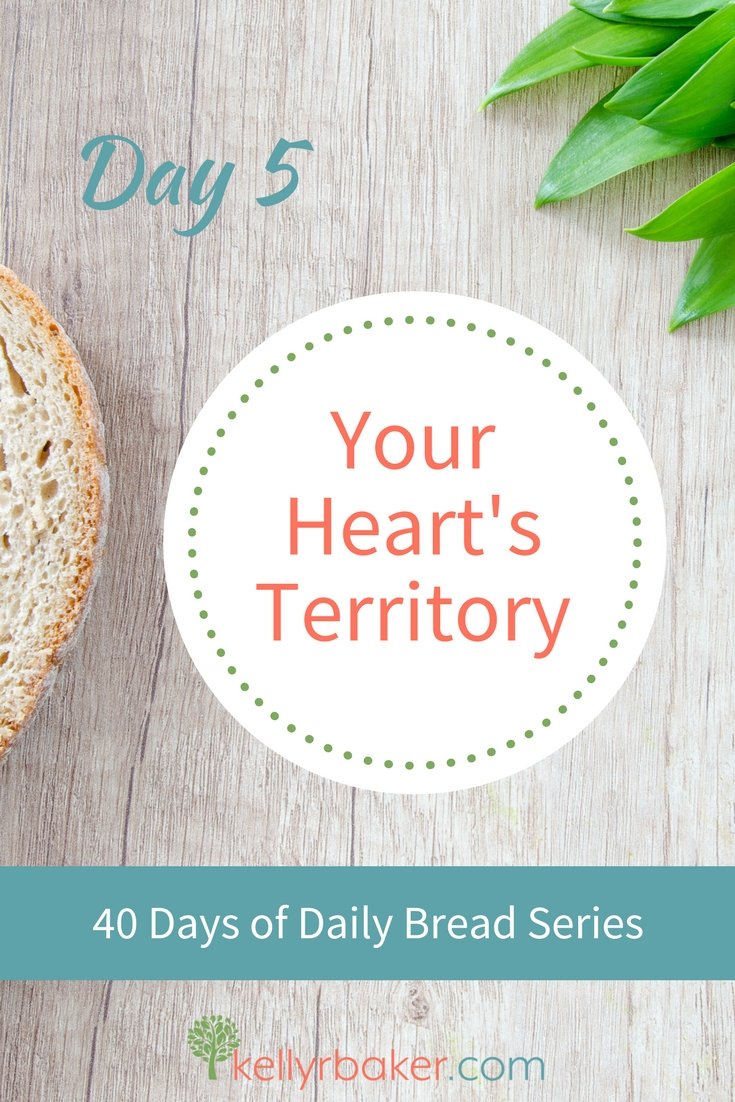 From the 40 Days of Daily Bread Series. The Breastplate of Righteousness guards your heart. As a follower of Jesus, He has your heart. He gave us this piece of armor to guard it because He is jealous for your love. Why else do you need it?  The heart is the seat of your will and emotions…. 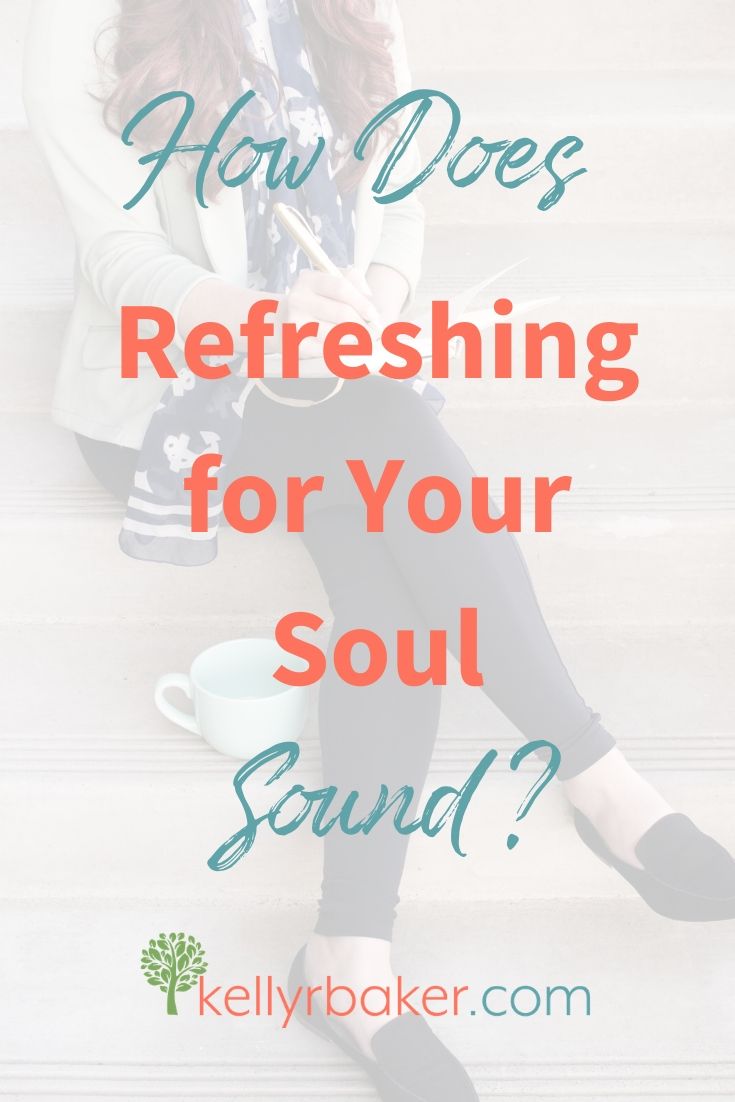 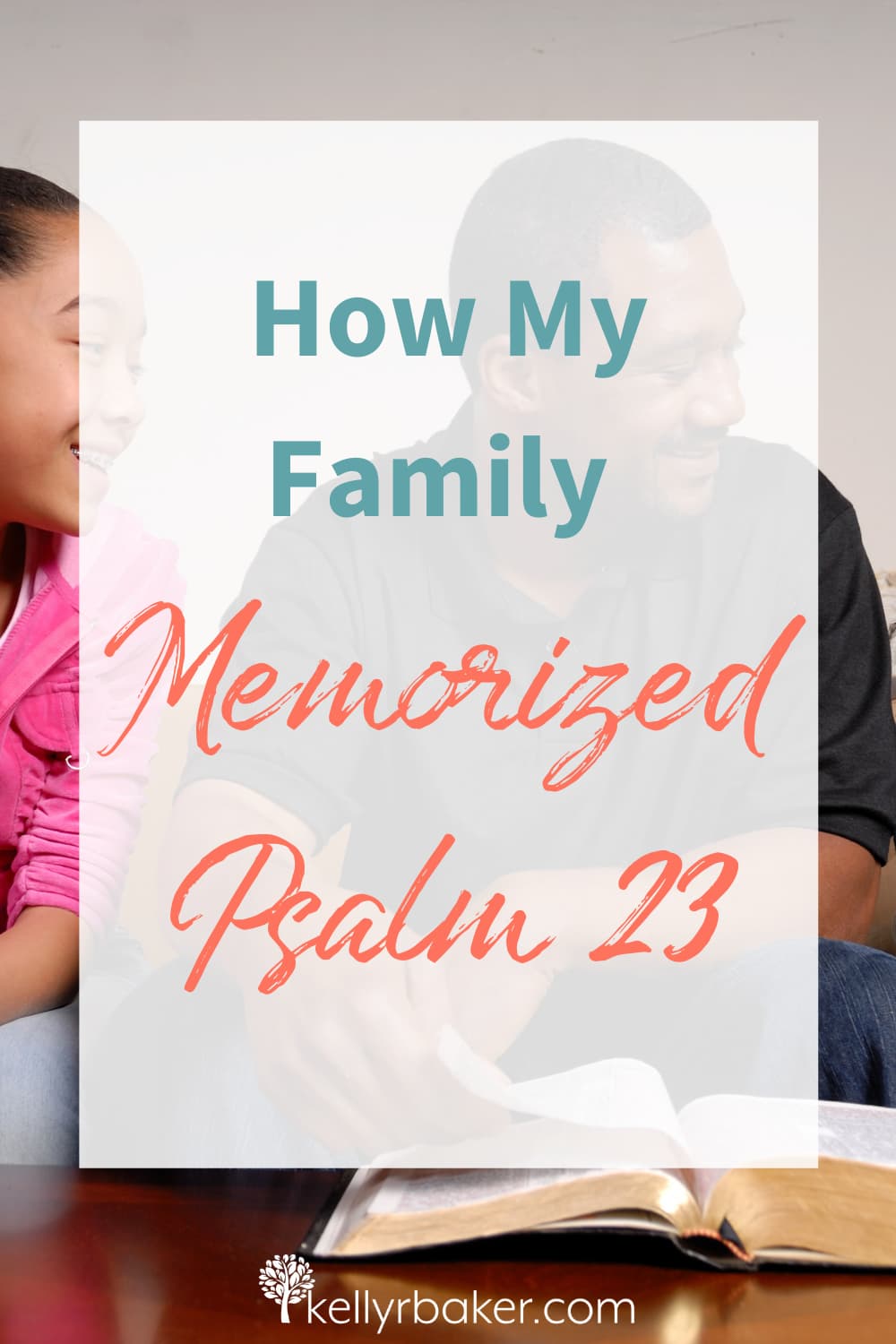 Memorize Psalm 23; it’s easier than you think. Here’s how my family did, our plan for memory work, and the hand motions we used for each line. When I was 10 years old, my family visited my grandma over the summer. She had a magnet on her refrigerator with Psalm 23 on it. For some… 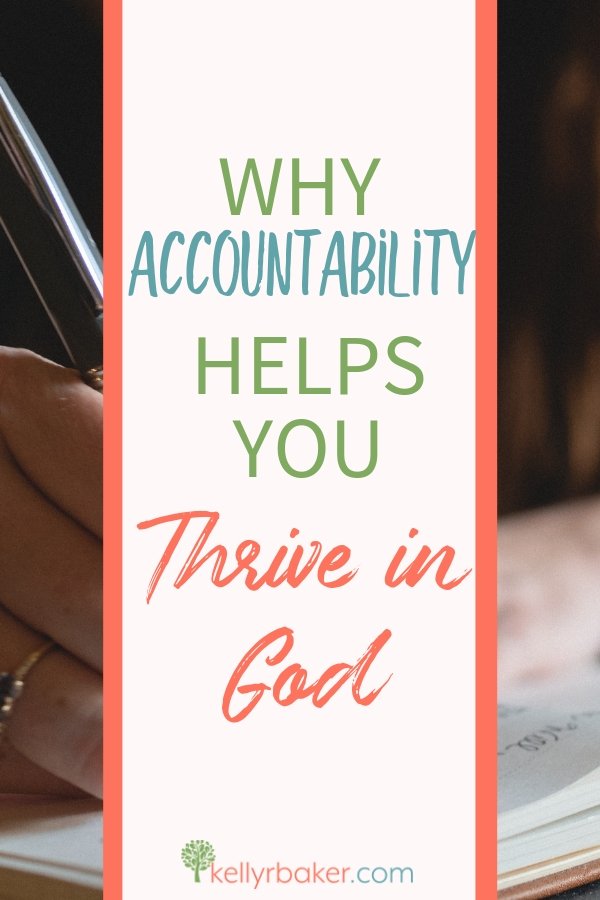 What is your most valuable treasure? My greatest treasure trove is my relationship with God. Every treasure needs a guard. A vault guards money the same way accountability guards consistency in our walk with God.

Here’s how God is the anchor of your heart. Because people leave. They break promises. They don’t keep their word. But God is faithful forever. With a pang, I remembered precious memories of a prior friendship like looking through the photographs in my heart. Hidden inside that only God could see was the hurt—it made… 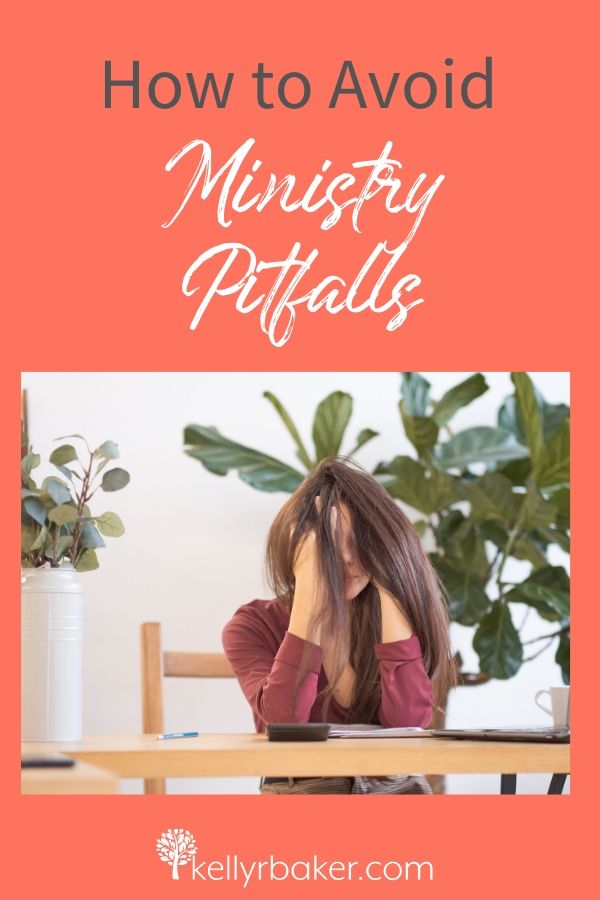 Being in full-time ministry can be quite challenging. There are certain pitfalls to avoid to ensure you are remaining spiritually healthy.

To get more information, visit our Pick a Journey page.