Humans are wired to be loved and ultimately to find fulfillment in God alone. Being raised in a Christian home didn’t mean I understood how much God loves me.

When I was single, I wanted nothing more than to be married. Every thought, action, and decision was based on this one desire. I was obsessed.

Life didn’t satisfy, since this pursuit of love was of the wrong source.

That’s when I turned my back on God for a short while. But He chased me and helped me understand His selfless love for me. I came back to Him and then pursued Him with everything. That was about 20 years ago.

After that, studying the Bible became one of my favorite things to do. One day I found a couple of parables that I loved.

The Parable of the Hidden Treasure

The kingdom of heaven is like treasure hidden in a field, which a man found and covered up. Then in his joy he goes and sells all that he has and buys that field. Matthew 13:44 ESV

That verse was special. I always looked at it and thought the kingdom of heaven is a treasure to search for like no other. I thought, Yes! God I want to run after You, my treasure!

While that’s a great goal, when I was studying those verses last year I discovered there’s serious flaw with that interpretation of that verse.

Let me ask you this:

Can we buy salvation?

No, right? Because salvation is a gift.

God is the original gift-giver.

So it doesn’t work for the man to represent mankind. 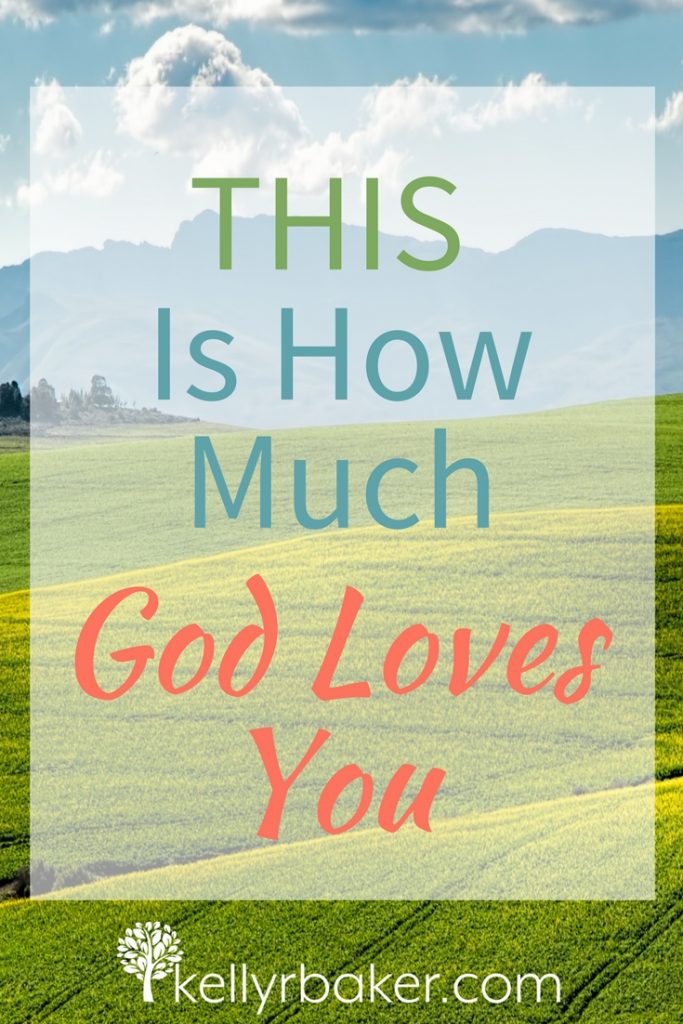 Parables are short allegorical stories designed to illustrate a truth and they need interpretation. There’s a law of interpretation called expositional constancy, which means that when Jesus says a word in a parable represents something, then that word always represents the same.

In the Parable of the Hidden Treasure, the field also represents the world. If that is so, then who sells all to buy it?

Now if the world is God’s, then why would He need to buy it? God created the world; it was His from the beginning.

The earth is the LORD’s and the fullness thereof, the world and those who dwell therein. Psalm 24:1 ESV

Then God gifted it to man through dominion (Genesis 1:26).

There are two kingdoms that exist: the kingdom of God and the kingdom of darkness. You know the story of how the serpent came to tempt Adam and Eve in the garden because the Tempter wanted them in his kingdom. They sinned and that’s when everything changed. It was during this exchange that salvation was first promised.

When Adam and Eve disobeyed God, they forfeited their possession of the earth to Satan. If was as if they became his servants, and he then owned everything they had.

Do you not know that if you present yourselves to anyone as obedient slaves, you are slaves of the one whom you obey, either of sin, which leads to death, or of obedience, which leads to righteousness? Romans 6:16 ESV

God gave the earth to man, and man forfeited it to Satan because of sin. Jesus’ purpose in coming to earth was to redeem it back to God.

For even the Son of Man came not to be served but to serve, and to give his life as a ransom for many.” Mark 10:45 (ESV, emphasis mine)

Jesus called Satan the ruler of this world:

The time for judging this world has come, when Satan, the ruler of this world, will be cast out. John 12:31 NLT

When the devil tempted Jesus, he took him to a mountain with the view of all the kingdoms of the world along with their glory. Satan said in Matthew 4:9 (ESV), “All these I will give you, if you will fall down and worship me.”

Jesus didn’t argue with him, because it was true that Satan had them in his possession to give. The devil was tempting Jesus with a shortcut to obtain the world, if only He would bow down and worship him.

But Jesus didn’t bow down to him. He obeyed God, and became the sacrifice. See in that parable, God is the one who was after the treasure.

God gave everything (the sacrifice of Jesus), to buy the field (world), and acquire the treasure (you).

You are His treasure, beautiful friends. YOU. Because God loves you.

The Parable of the Pearl of Great Price follows the Parable of buried treasure parable. Why did God tell us both of these parables? To reiterate His great love for us? Yes, but it’s more than that.

Again, the kingdom of heaven is like a merchant in search of fine pearls, who, on finding one pearl of great value, went and sold all that he had and bought it. Matthew 13:45-46 ESV

In this parable the:

By one source I read, a pearl was valuable to the Gentile, not the Jew.

This “extra” parable with the same principle was specifically spoken to include the Gentiles. God doesn’t leave anyone out.

And that includes you.

THIS is how much God loves you.

Through this surprising interpretation, you will see just how much #God loves you. #LiveYielded Click to Tweet
*The post “THIS Is How Much God Loves You” first appeared on kellyrbaker.com.
**This post may be linked with friends