Do you know what it takes to have a teachable spirit? It’s one of those qualities to step into that will help us grow more spiritually mature.

Having a teachable spirit is one of those lessons that God made sure He brought to my attention years ago, and many times since, when my pride tried to take a foothold again.

According to dictionary.reference.com, teachable is an adjective which means capable of being taught, as a person.

If I’m going to be taught, then I need to be able to receive. Some of my most precious moments in life are when I am figuratively sitting at the feet of Jesus in His presence, with a yielded heart, and He talks to me.

I’ve often wondered what it would have been like to have lived during the time Jesus walked the earth. Imagine for a minute one of the disciples…

A Teachable Disciple of Jesus

The rays of the sun were striking the dirt creating a glare in the path he walked. The disciple looked up, blinking his eyes. He had been so lost in his thoughts that he did not realize he was almost there. He was close enough now that he could see the great Teacher’s chest rise and fall as He spoke the words.

How does He pray with such…power?

He yearned for the way He could implore the Lord God! The disciple was trembling a little. He had decided to ask Him. He desired to learn from Him.

The disciple stepped closer that he might be the first to secure His attention at the first moment when He finished praying.

That very minute the opportunity was upon him. Jesus looked right at him, and he said, “Lord, teach us to pray, as John also taught his disciples.”

Now it came to pass, as He was praying in a certain place, when He ceased, that one of His disciples said to Him, “Lord, teach us to pray, as John also taught his disciples.” Luke 11:1 NKJV

I believe that disciple had a teachable heart!

Jesus may not be here on earth in the flesh right now, but there will be times we can learn from those around us. 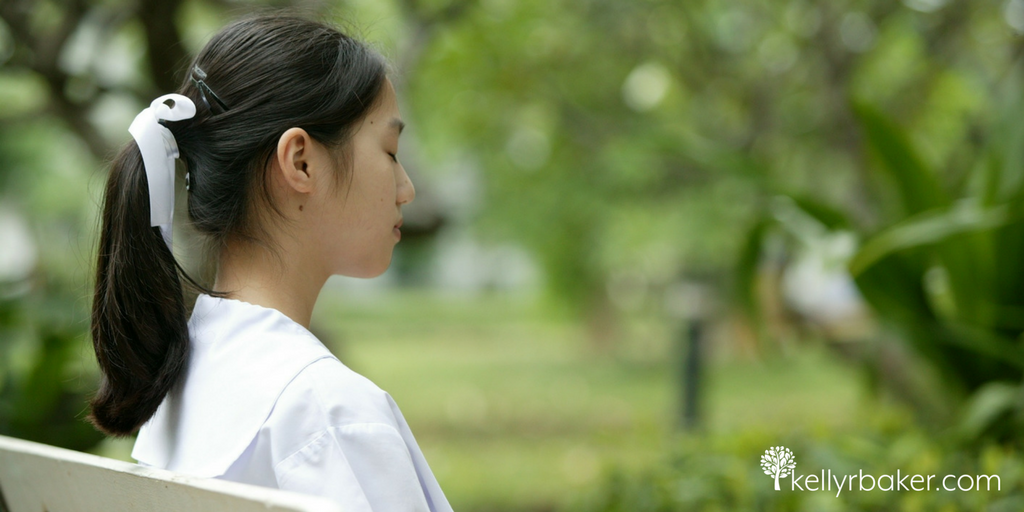 3 Indications of Being Teachable

You cannot be prideful and teachable at the same time. —John C. Maxwell, The 21 Indispensable Qualities of a Leader

I want God to look at my heart, and see it yielded as a teachable disciple. It’s not an easy pill to swallow, but I pray that the Holy Spirit will remind me to increase my teachableness any time it is lacking.

If I want to grow in Him, if I want to learn anything, I need to be teachable. #ThrivingInChrist Click To Tweet

How can you apply being teachable in your life right now?