This is a story of hurt in the Church from a pastor’s family. Here’s how the Church can heal.

We talk about the real hurts of the Church, but we don’t often think about the hurt the shepherds and their families endure. Instead of ignoring these hurts, the Church can heal. Almighty God is our healer.

When I was eleven, my parents planted a church that became true family to us. I saw my parents hug the hurting, counsel the congregation, feed the flock, and—nurse the wounds they received from them.

See, the hurt goes both ways.

My brother is my pastor now. Being a ministry leader for many years, I have dealt with the pain when someone leaves for “greener pastures” just like the pastoral staff does. It’s not fun even if an offense isn’t involved (e.g. relocating).

My Story of Dealing with Hurt

Another family had left. One of the staff passed me in the hall, “I don’t want to do this anymore!” The depression, tears, and anger were a heart-wrenching mix. The hurt was fresh. I understood.

I have overheard similar reactions from pastoral staff many times. That time was no different.

My heart flashed back to that day when I was kneeling bedside, clutching the bedspread in front of me as if it were a teddy bear. You don’t care what strange positions you’re in when you’re processing a broken heart. Decorum departs when you’re weeping. I was weeping because I had “lost” another sister.

The attachment started many years ago. A new family came with a young daughter. We formed a bond almost immediately. I’d give her gifts for holidays. We talked every service. It seemed like God gave me a sweet soul to cherish and call my little sister. The problem? Not everyone agrees with what the pastor says 100% of the time. I don’t know what it was about; I just know when her parents decided to leave there was no goodbye. Years of friendship suddenly gone. Unfriended on Facebook. A little sister void—again.

Months later, we accidentally crossed paths at a mutual friend’s party. We were more than cordial, and we sat next to each other and caught up. She called me her sister again, and I felt my heart pump with an odd mixture of joy and sadness. I knew nothing had changed, and tomorrow would be the same as yesterday. That night is when I found myself on my knees grieving her friendship and the many others I had lost through senseless church squabbles.

How the Church Can Heal

God showed me a process of how anyone who is part of the Church can heal. It works no matter what hurt you have endured. Join me at Inkblots of Hope to find healing through three doors of prayer.

Sarah from Inkblots of Hope is an inspiration. She encourages us to allow God to work in us and cling to His hope even through chronic illness. I’m happy to be contributing to her series on the hurts of the Church and how the Church can heal. Join us there to find out what to pray to receive healing from hurt. 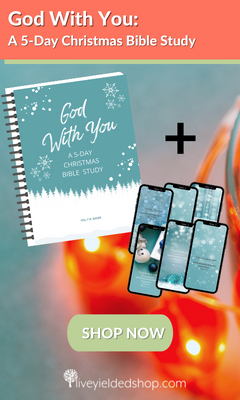